As we finish up the exterior of the whole boat now, there’s a short list of ‘modernization modifications’ that should be done because better ideas have come along since this build began nearly 20 years ago.

The six foot bowsprit gets a bobstay from the end of the pole down to the bow of the main hull just above the waterline. We have a stainless steel u-bolt installed to carry this big load as the spinnaker pulls up and forward. But the u-legs are not in line with the force, and the backing plate is measly. Over time, and probably way out on an ocean, this will become trouble. 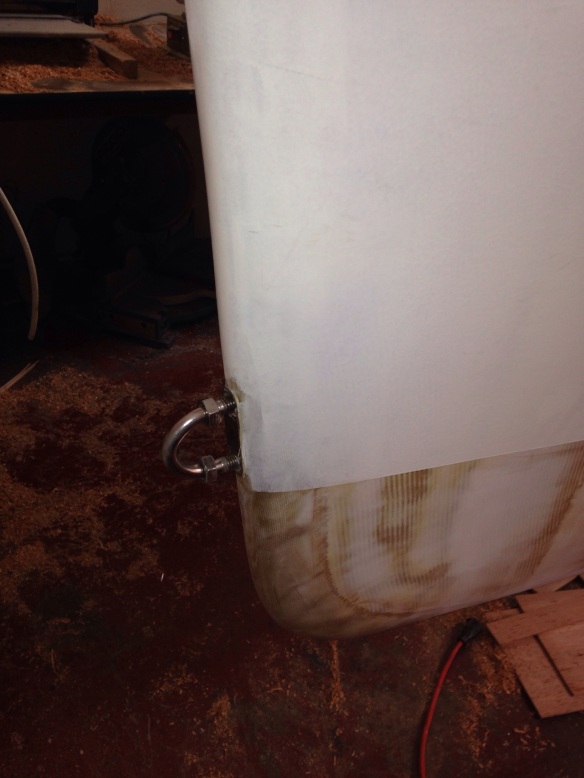 First we tried removing the fitting, but the epoxy was bonded around the threads so this thing was never coming out. We cut and ground it below the surface and entombed the legs and nuts in the new reinforcements. The new hole was cut about a half inch aft of the point where the hull sides meet to form the bow stem. The tube shape is a 1-1/4″ PVC pipe.

Inside it got a wedge of high density putty that makes a solid wall, then uni fabrics to spread the load, take over for the PVC, and tie the two hull sides together. The access was tough, reaching just far enough inside the watertight crash bulkhead. 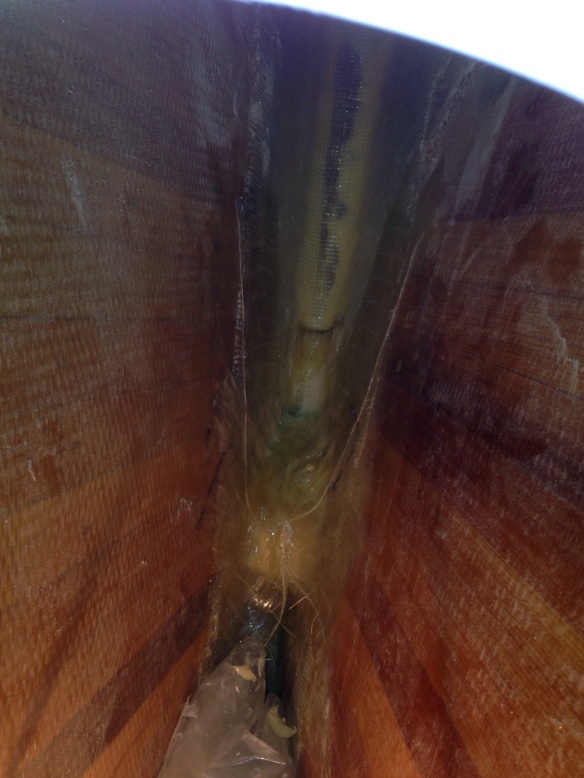 Then from the outside we ran strips of uni through the tube and radiated the ends out around the hull about 4″ on both sides of the boat. Three extra layers of uni glass were laid along the pull direction, and that’s what made a bulge on the bow stem just above the new hole height. 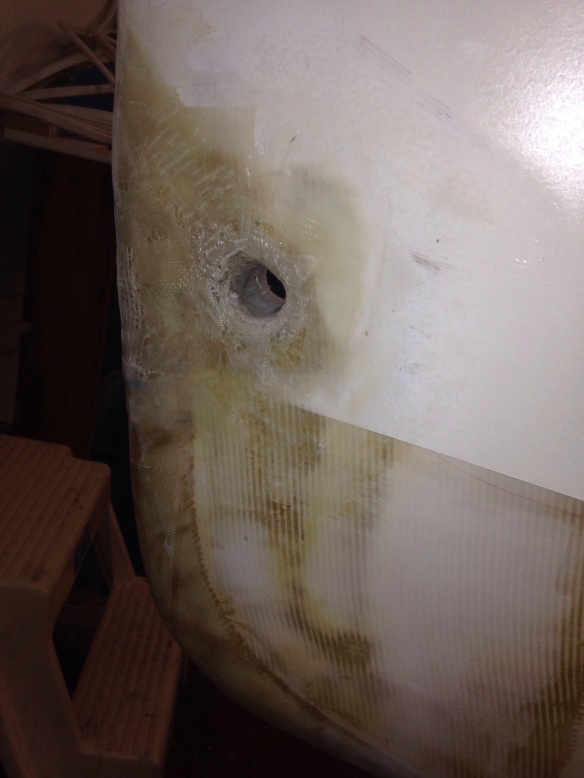 Then some ‘finish cloth’ bidirectional 6 oz was added to tie it all together before fairing.
Here’s the work in progress after two fairing passes.

And here are the photos I mentioned last week about saving some $ on more metal fittings. These are the attachment points for the nets up at the bow, by the anchor. Sort of mini versions of the story above.

The exterior punch list is almost done, and we’ll get back to the cabin build by late next week.

3 thoughts on “Composites instead of steel bow eye”