Thanks for your patience everyone while things went quiet over here. Ravenswing has made various short daysails but we’ve had a lot of business and family commitments this fall. In mid September we convinced Charlie to tow his F27 TriChi to theSummer Splash multihull gathering in Southern Cal. After racing to Catalina, the skipper gets to anchor in a whole fleet of fast-movers. 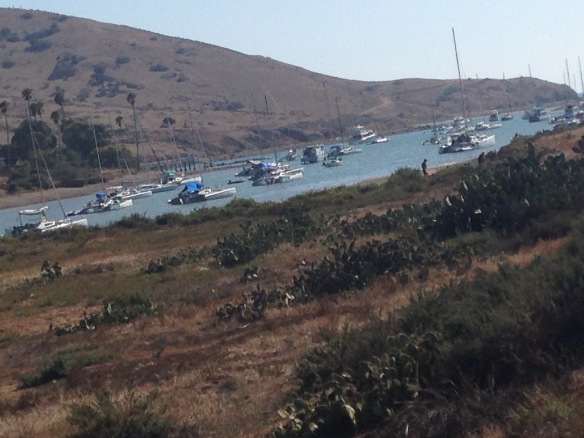 It was a great weekend – thanks again Charlie and Jim. It was bittersweet to NOT have that be Ravenswing’s first coastal trip, but the boat was not at all ready for ocean work. In Marina Del Rey, walking thru the trailer yard Jim said, “hey, there’s a little MacGregor powersailer like yours in the ’90s”. I got a few steps closer, and dang if it wasn’t our own time capsule! Kind of sad that it’s sitting there neglected, but also a trip to see it exactly as we sold it 20 years ago. Weird.

From LA it was ‘more west’ … at the Hong Kong Maritime Museum I was reading about the first Chinese junk that sailed to England in the 1840’s.

And we thought Ravenswing has some heavy helm issues – imagine their nights at sea:

We don’t know how far sailing will take us, but the Hong Kong Yacht Club would not be a terrible stopover. 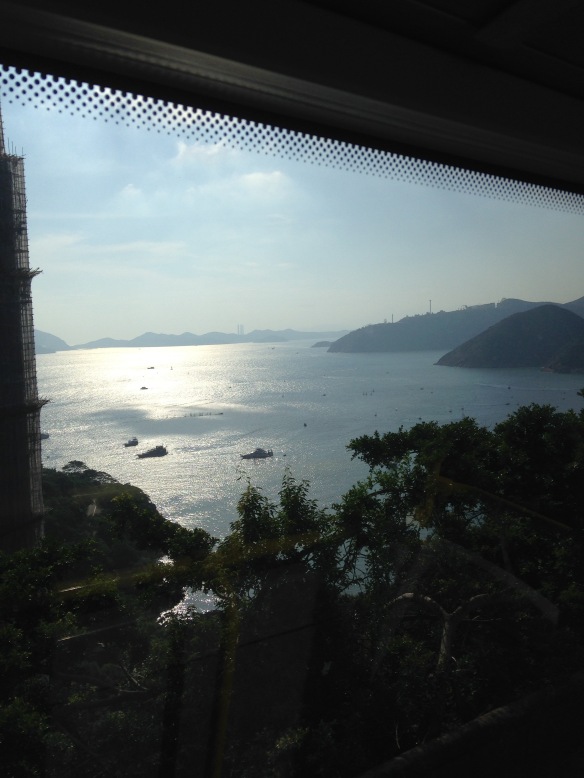 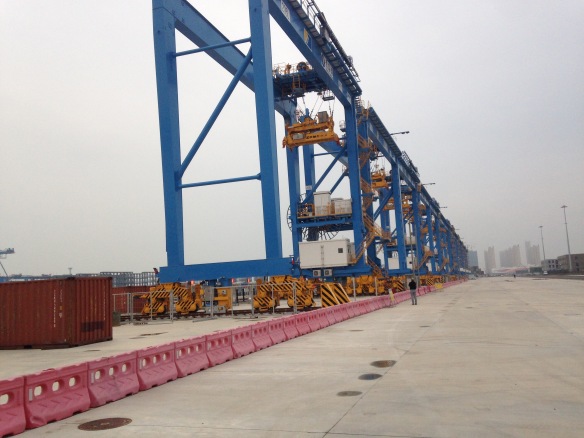 attention came back to the boat. Thinking more about the heavy-effort steering, we realized that in building the rudder cassette we didn’t compare the F39 plans’ for gudgeon height above the water to our custom F36 stretched stern. The result is not enough forward rake ahead of the pivot point, so all the water force is transmitted through the tiller. See the red line drawn on the rudder here – that’s how much surface area in the water should be ahead of the pivot. 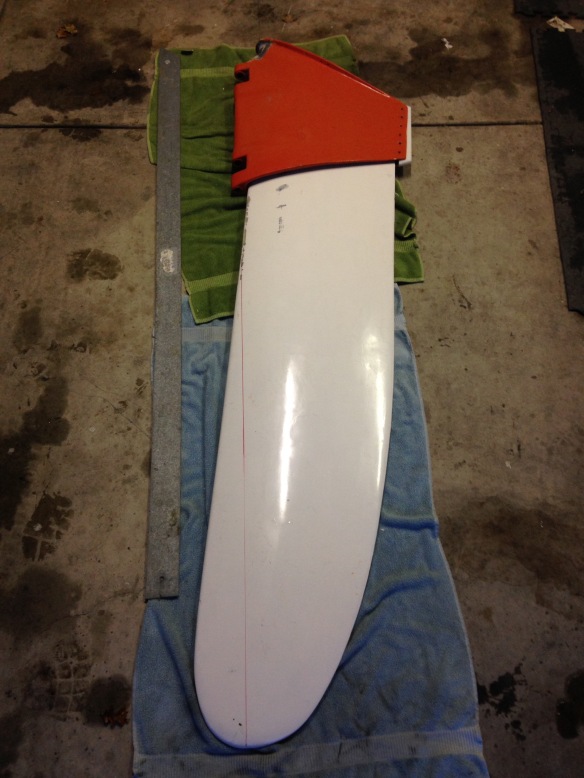 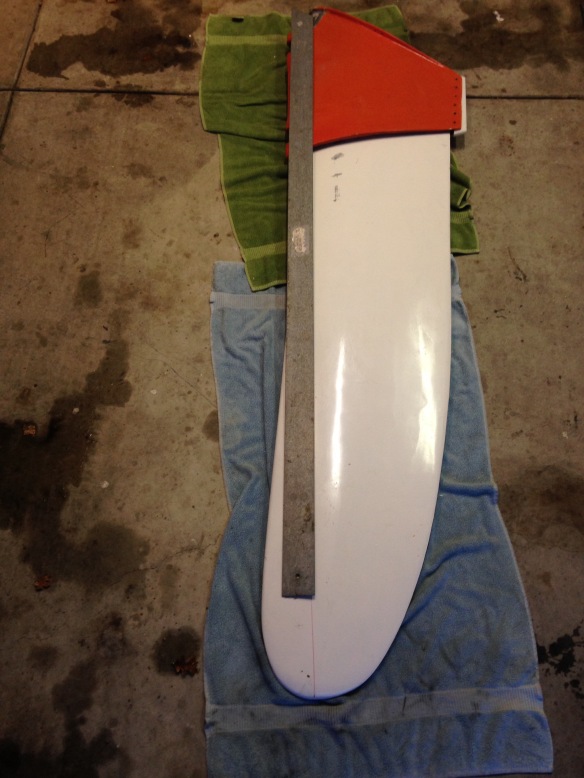 Good news for the folks who’ve helped on this – there’s enough room in the cassette to make the needed insert, and hopefully not cut in to the amazingly strong and complex carbon work.

The other major change is to walk away from the linkage & pivot steering system. We reported 2+ years ago about not believing a simple straight tiller to the rudder would work.  But we haven’t been totally happy with the gear, and decided to mock up a simple tiller approach: 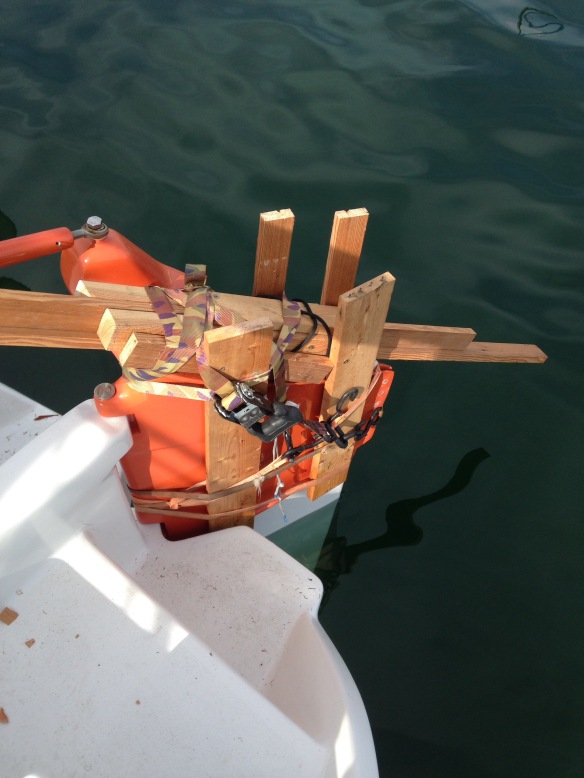 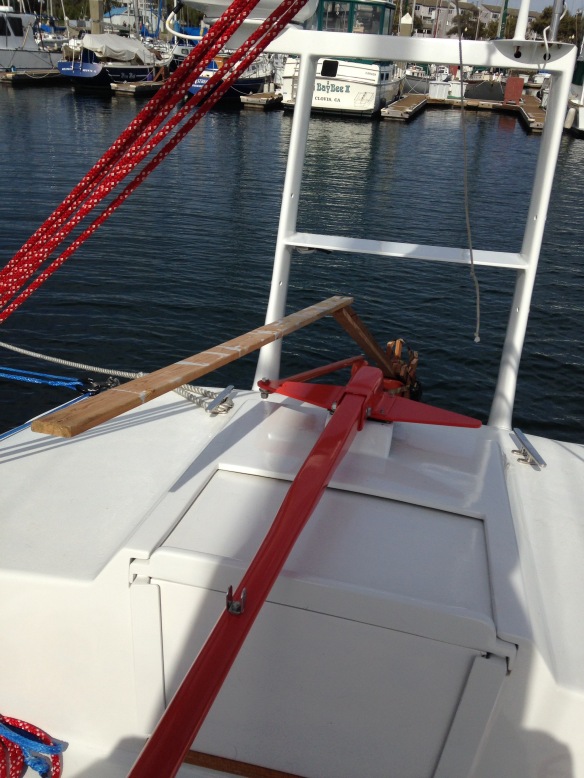 Charlie and I strapped this junk in place and pulled off the dock to find out if the tiller can swing far enough side to side between the tower legs. Yea! The boat can still spin in its length and is sufficiently agile at various engine / hulll speeds. The existing gear actually lets the rudder turn too far, causing stalls or being a brake. We’ll set up the new tiller for soft landings on the tower legs to safely limit the rudder travel. That’s the new theory anyway.

A question for the engineers / experienced out there- what shape will make the strongest tiller that is narrow side to side ?  We want the maximum distance throw up against the tower, so a skinny tiller is important. Charlie’s suggested some type of carbon I-beam configuration. Square tube? Round tube? What do you think?