… of Catalina, that is. Monday after the MultiMarine Summer Splash wrapped up, we pulled the anchors and set sail around the western tip of the island. 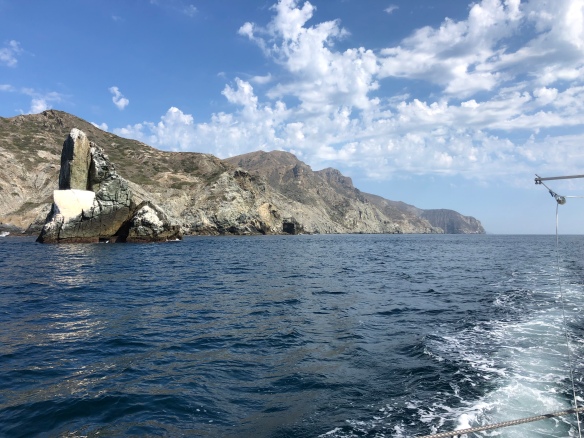 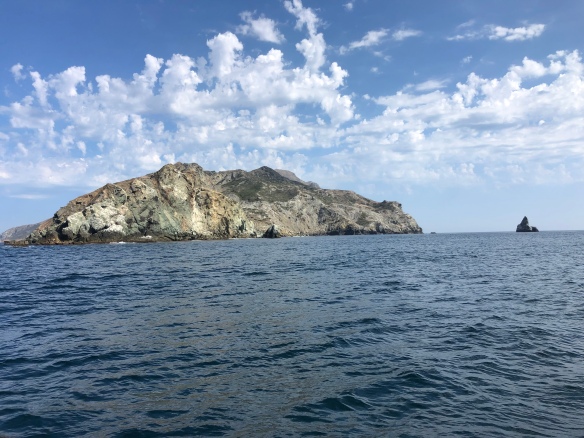 After rounding the corner we did a little wing&wing with main and jib. Gotta love doing 8-9kts with zero effort on a cruising boat. We started checking out coves for a two night anchorage.

The shore-boat boss at Two Harbors had suggested Big Geiger cove. Found it, but saw it was a private beach of the Blue Water Cruising Club.

We set the bow anchor anyway, figuring we could dinghy ashore elsewhere. Then rowed over to the nice Grand Banks trawler to ask where they’d recommend a stern anchor. Turns out those folks are basically the summer ambassadors for BWCC, and they invited us ashore. After we hoisted the guest burgee. 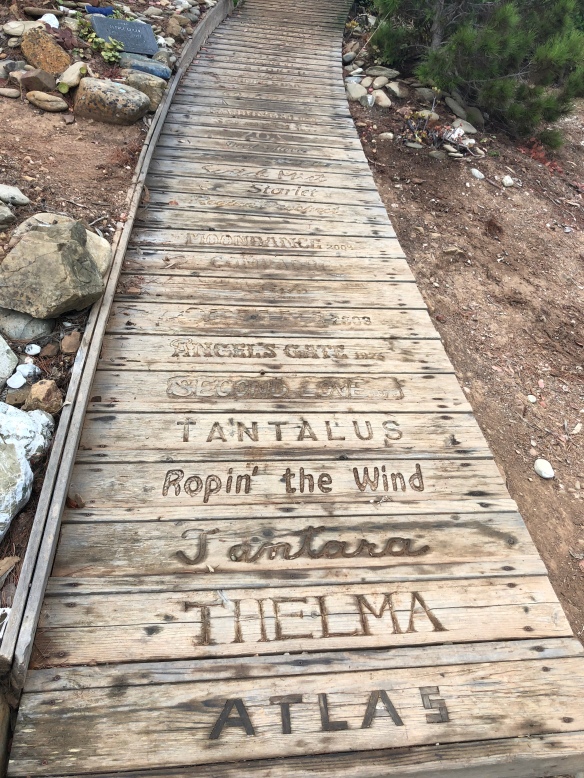 They say the place looks the same as when the founders put it together in the 50’s.

The next day we walked the road west to the next coves. These shots of the Boy Scout Camp are for Dad; I think this is the place he camped as a kid in the late 1940’s! 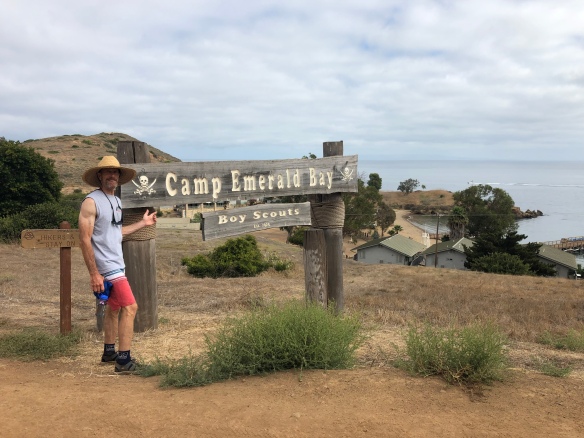 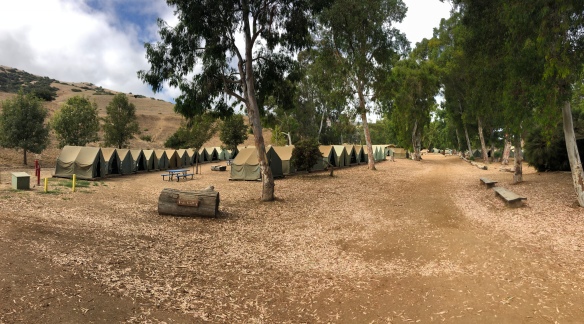 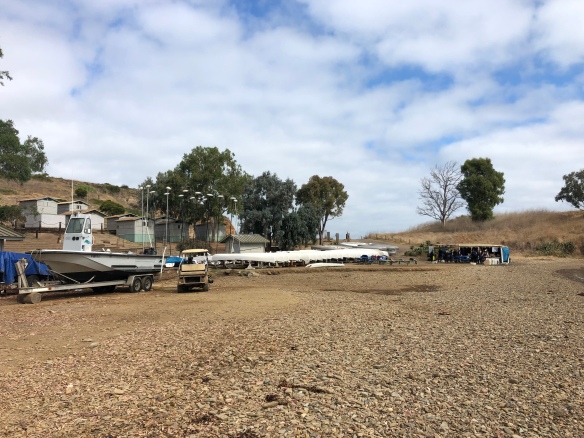 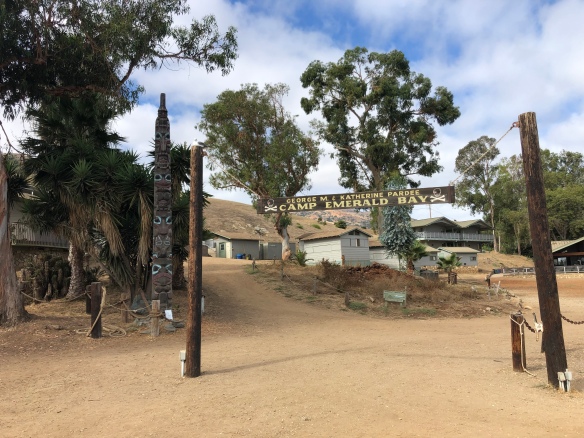 Even in mid September the Catalina camps appear to be in full swing, with school groups doing outdoor week stuff. We were invaded by snorkeling and kayaking kids.

After the two nights we returned the guest burgee, donated WingIt’s rainbow unicorn to the BWCC kids, and sailed to Long Beach. The EagleRail team will appreciate our approach along the LA/LongBeach massive container facilities. 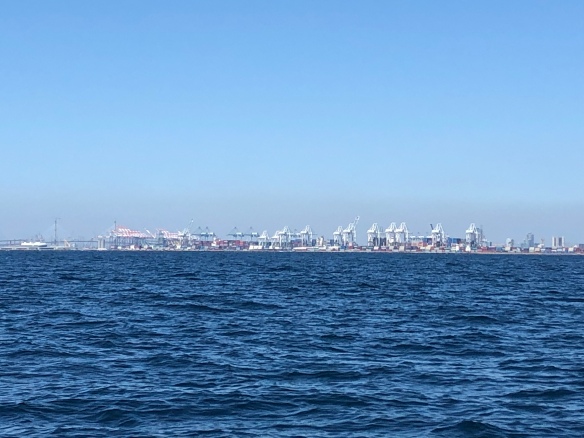 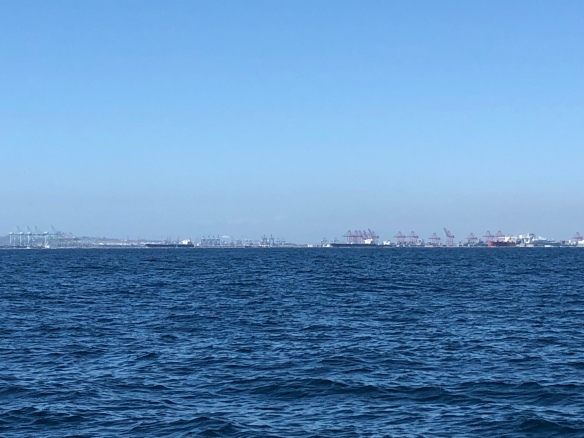 With Ravenswing safely docked, we grabbed a rental car and scooted back to real life in the Bay Area and Oregon.

The boat and skipper say a huge Thank You to Dan, Jim and Anton for everything each man did to safely transit the central California coast on the boat’s first real voyage. It feels very different now; we have an accomplished sea boat, not a what-if? vessel. Really fired up about continuing the adventure.