Ok, you got a better song with Boom in the lyrics?

Today it was time to pull out the old mast segment we’ve had squirreled away and start creating the main boom. This stick is 18′ of a salvaged carbon mast. The section may be overkill but if we leave it as is, it should be a hell of a strong boom. One option is to cut away the last three inches off the skinny side and form a new, much lighter lower edge the whole length. Or we take Mike Leneman’s simple suggestion of making Swiss cheese holes all along the boom. That would also save weight and make it easy to run reefing rigging internally. And we also need to think through making sail catchers that stick out about a foot on both sides of the boom. 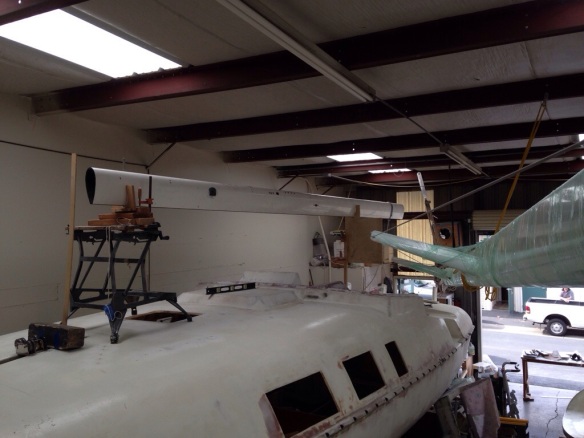 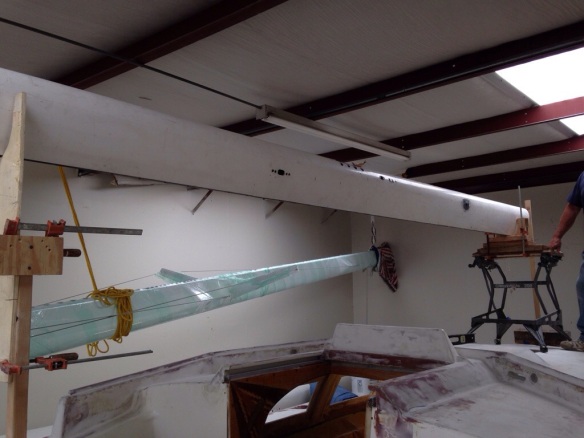 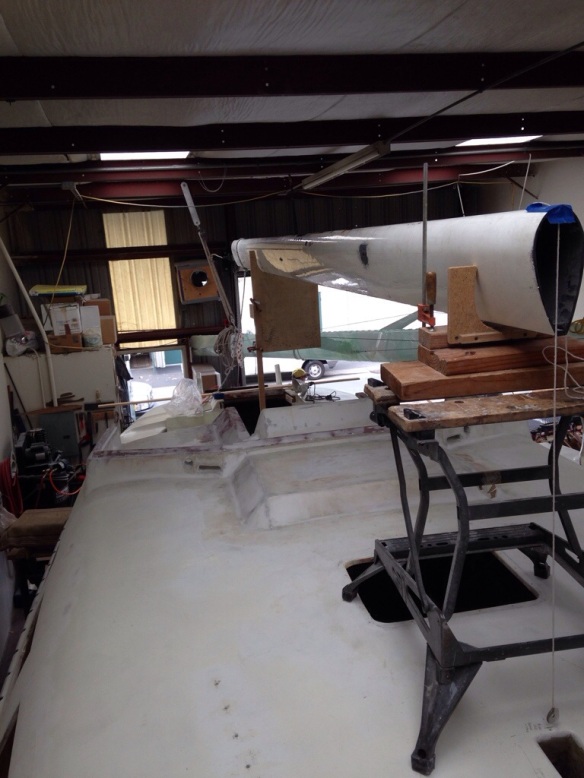 We started making a forward end bracket to bolt inside this boom, which will provide a strong pivot pin attachment to the gooseneck on the mast. One big bummer is that goose is already bedded and bolted to the mast at 54″ up (for the Shuttleworth it was commissioned to) but we need it a foot lower (that would get it to the level resting position seen in these sawhorse holding photos). Can’t really do that mast work until the boat is out of the workshop. Hmmm. The next update should have that boom end bracket to show you. And yes, the boom in this position shown is 6’3″ above the cockpit floor so fewer whacked heads expected. It’ll be about a foot above the hard top, leaving room for some solar panels up there.

The rudder came out of its final carbon layer vacuum bag this morning, looking good (and big next to a grown up!) 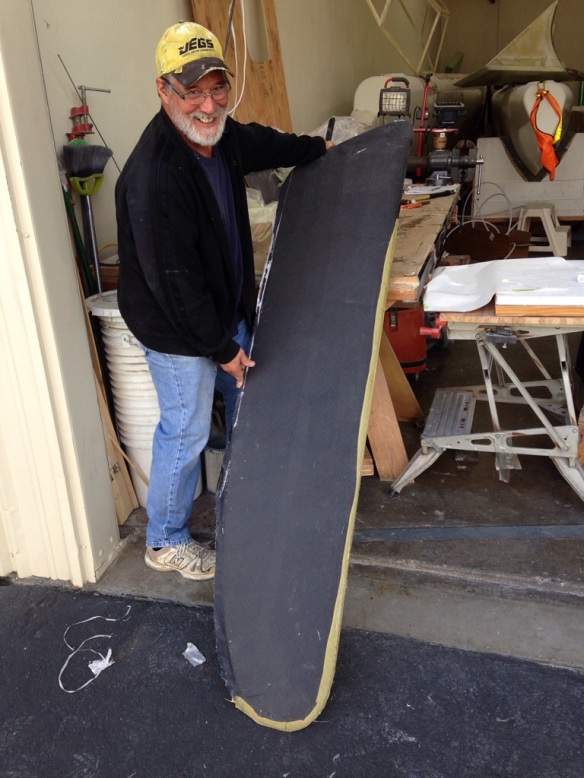 The yellow strip is a Kevlar piece to help make the leading edge tougher against hitting small stuff in the water. I’ll do a bit more final fairing on this board over the next couple of days and then it will be time to make the scary cut into it to creat the trailing edge trim tab. Cover your eyes, Mertyl, this one’s not for the faint of heart.

The boat has suffered some October down time due to excessive viewership of the SF Giants run. The prudent move would have been to purchase 10 gallons of epoxy, but instead the $ went to tix for Bumgarner’s shutout on Sunday.
Great time with Griffin! 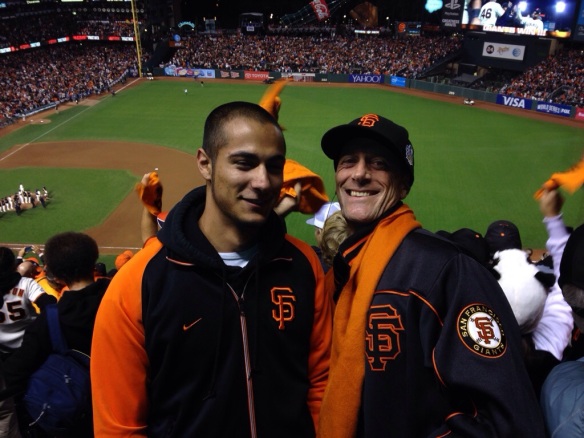 But World Series parades also mean it’s time for the weather to turn. Cold epoxy does not flow well, and I finally thought it through – make a winter warming hut! This simple box (old Sheetrock and leftover styrofoam) is now keeping the fluids at just right viscosity, with an air temp in the upper 70s. Venting the box more or less lets us modify the temperature and therefore adjust the go-off timing of the epoxy hardener. REALLY wish I had spent the two hours on this box two winters ago :( 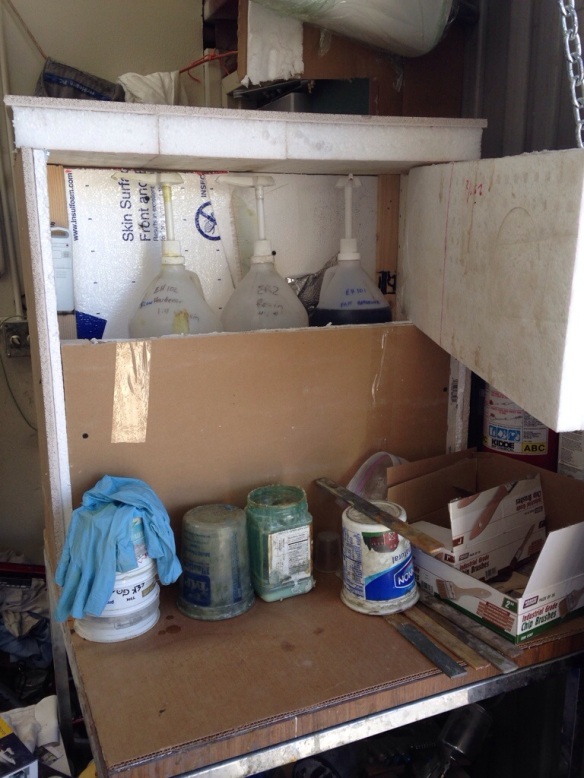 It’s warmed by a simple incandescent 60 watt bulb under an aluminum plate holding up the bottles.

Good things are happening building out the aft cabin furniture. Photos to come once the bunks are bonded in. Yes, doing some work on the inside even though I said no cabin work until all exterior parts are complete. Thankfully it means we’re getting to the end of the outside stuff and can see the light towards the winter interior build. We’ll skip the Giants parade and work on the rudder!