Not a spiritual moment, but rather a bit of staring down at one’s feet… We’ve been working on the bottom portions of cabin finishing, the soles (floors) and lower hull sides. It needed a darker color down where shoe scuffs will accumulate. The masking process for all this paint work is significant.

We learned the hard way we should have used “gorilla tape” brand for masking. The Scotch blue EdgeLock allowed some white to leak thru/under to the finished wood so now there are hours of sand-and-touchups to do. But overall things are looking good.

In that floor shot you see three of the eight total sole panels removed. The wood framing is clear coated to look nice when we lift up the boards for storage. The fixed part of the sole is the slate grey that extends up the hull sides a bit. So that leaves the panels themselves…
First the exposed glass fabric was filled then they were primed and the latch locations chosen. To set the latches flush they need some rebating with the router. We used a hole saw on the drill press to make a 1/8″ pilot track for routing. 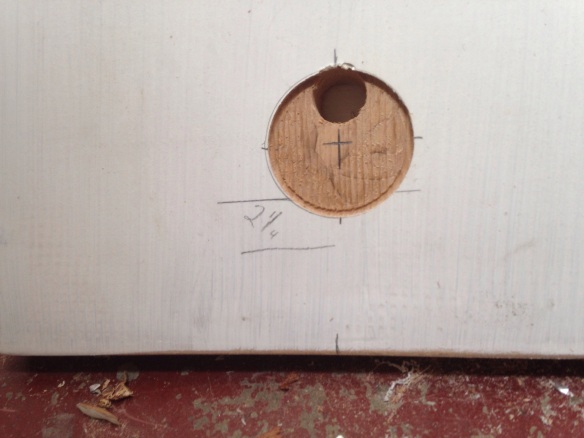 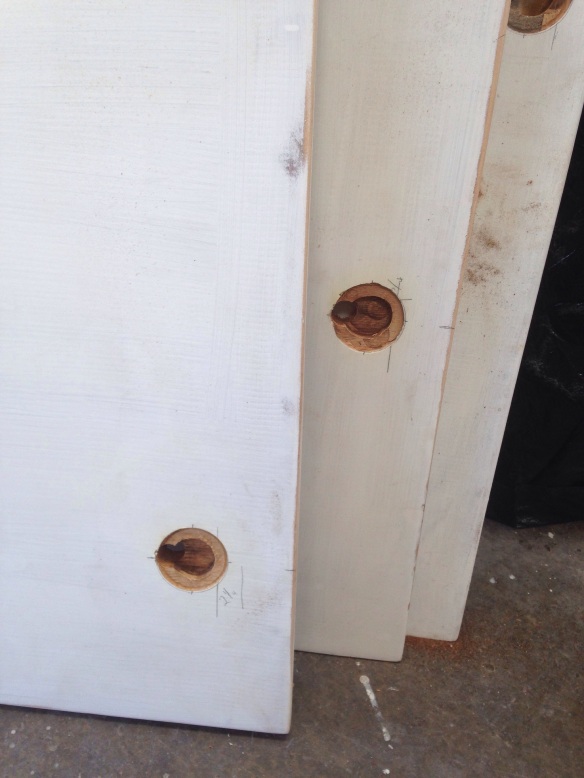 The hole saw left some small chips that will need a tiny bit of filling, but that’s better than freehand messes with the router.
Here the sole panels get the same paint as the hull interior.

And a few YouTube videos later, Martha Stewart’s team had us trained on faux bois painting. Got the tools through Amazon for a few bucks.

Then mixed one part of the same grey paint, one part glaze and two parts water. Brush it on, wait a few minutes then carefully but creatively flick those scrapers around.