Ever pull off the band aid too early and things just aren’t right yet under there? Well, looks like we did that with one of the spreaders during that heavy-wind first sail. Here’s the starboard upper spreader, which took the leeward pressure that day. 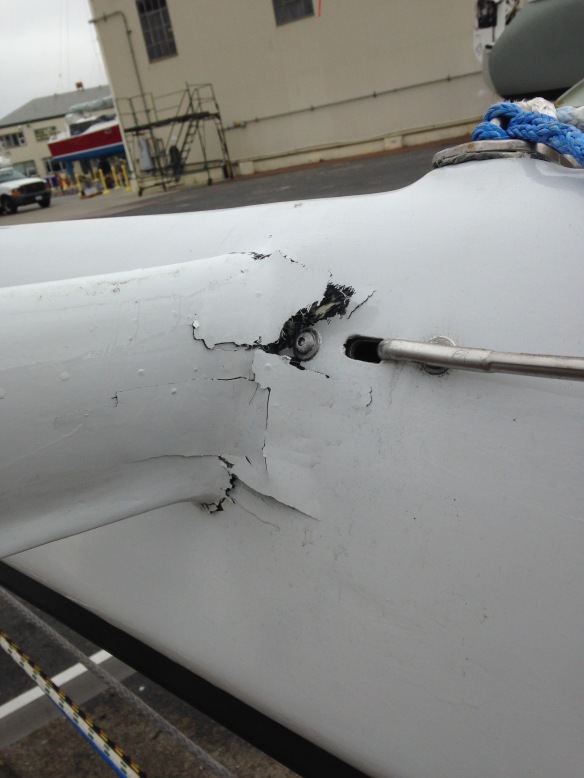 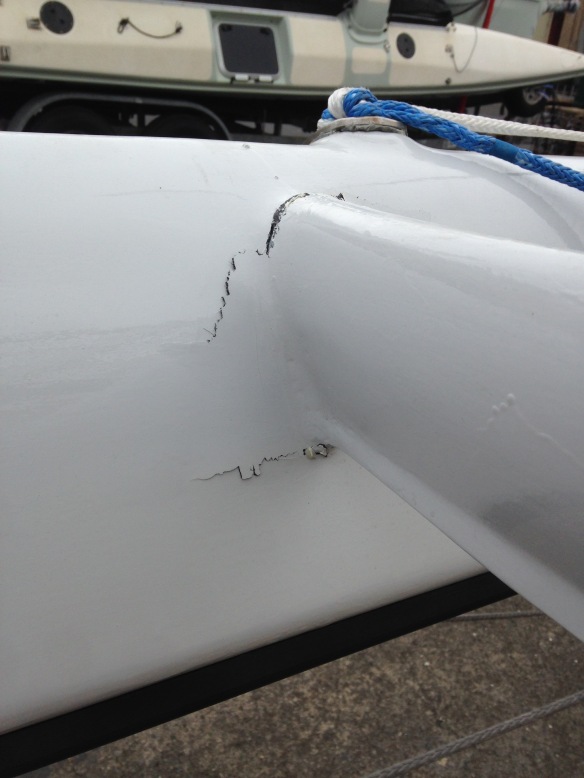 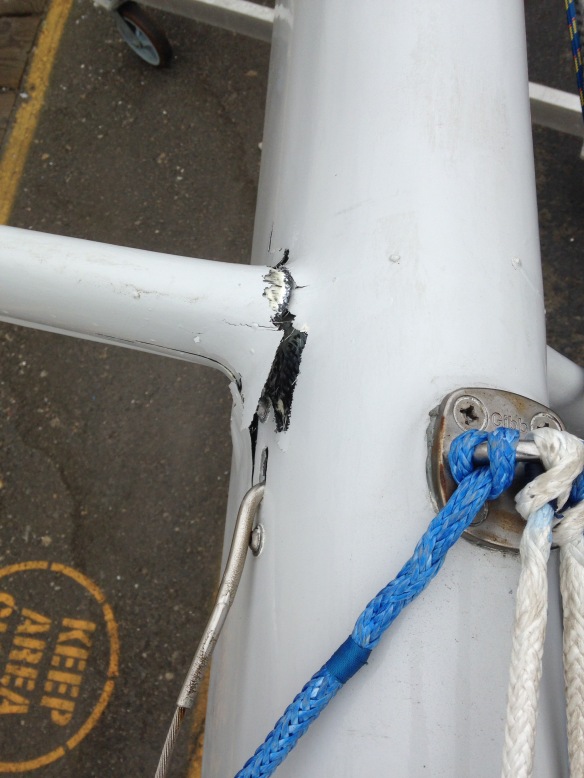 Ouch – what you’re seeing are the too-thin Carbon uni laminates used to bond the spreaders back on after the mast rebuild last year. In retrospect I was too concerned about blending in those spreaders, keeping it light. This time we’ll beef up those corners.

Charlie and Jim remember hearing a sharp crack sound as we sailed but non of us could find the source. But I did midweek as I used the solo TopClimber to go get the topping lift shown in the last post. It was spooky to be up there and suddenly realize the damage overhead. Thought about trying a repair in place, but that lasted about ten seconds. KKMI in Richmond was happy to pluck the mast with Herb Craen and we set it on rolling carts in a very handy huge shed. 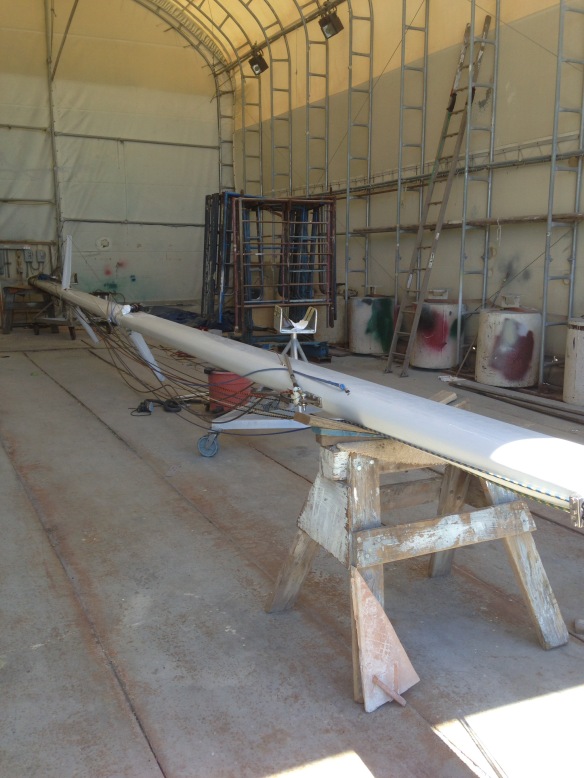 Repair day one was cutting and grinding away the wimpy laminate on the bad one, and sanding away the paint six inches back from the joints on the other three. All four will get two layers of 45/45double bias 9oz to make the bends, with some leftover 12oz uni (from the mast longitudinals) sandwiched in between, applied in a figure 8 to tie the two spreaders together across the front of the mast.

Here’s where things stand this evening, with the spreader re-bonded and filleted in place. It was hard to guess which tools to throw in the car, so the painters tape was repurposed to hold the final position. Cross your fingers that nothing shifted after I left there today!

We expect the work to finish Thursday and we’ll sail this weekend. 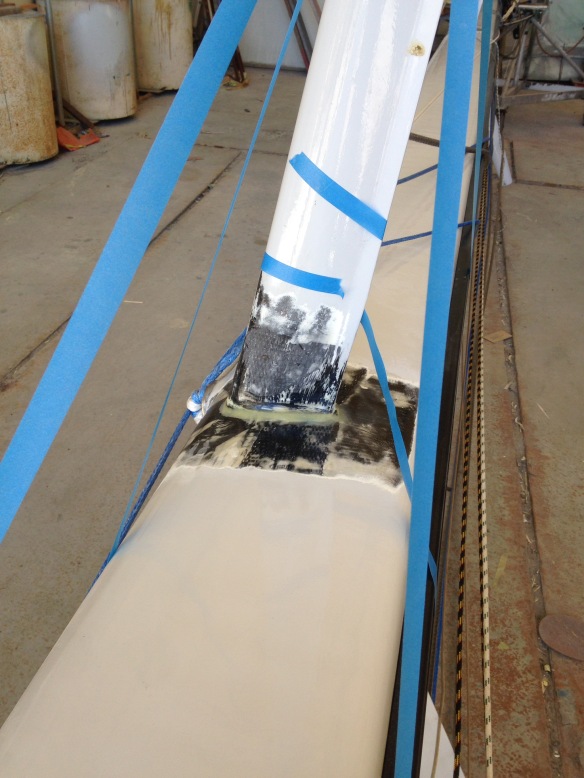 On the good news front, all the plumbing was finally finished up during the weekend, so the ladies get a proper restroom aboard. The flexible/rubber water tanks are working fine, and the grey water tank is in use for toilet flushing. All good so far.

Ravenswing’s first weekend in Richmond was a full moon.

The next big moon should have the boat out exploring. If you haven’t been full moon sailing on the bay, it’s pretty great when not cloudy. Drop us a line if you want to join Thursday or Friday Aug18/19. We’ll be practicing with radar, AIS ship identification and navigation software. We can touch n’ go at the dock to land those who don’t want to spend overnight on the water.

PS – anyone see the F31 float on the trailer in the second photo above? That’s Race2Alaska now-veteran Ma’s Rover just now back home, about to get relaunched at KKMI. Pretty amazing coincidence to be using the same crane today. If you haven’t read up, go check out the wonderful sportsmanship of Ma’s owner Mark Eastham. After all the work and investment he put in to that race, Mark volunteered to help the F27 team sailed by a paraplegic crew who were approaching the event’s cutoff time. That crew was pretty exhausted but wanted to reach the finish. Mark and other racers didn’t just go home. I’m eager to here from him how he went aboard and helped that boat make it to Ketchikan. What an adventure.

2 thoughts on “Ripping off the bandaid”