We’ll do quick updates from the boatyard, as some of you are keen to keep an eye on these upgrades.

The rudder base post is an obvious two step task. Once the paint was removed I could see the center web lamination wasn’t strong enough. The gudgeons haven’t budged; it was the area in between the top and bottom that failed. So first today was repairing that laminate by adding two wraps of 12oz BD carbon. 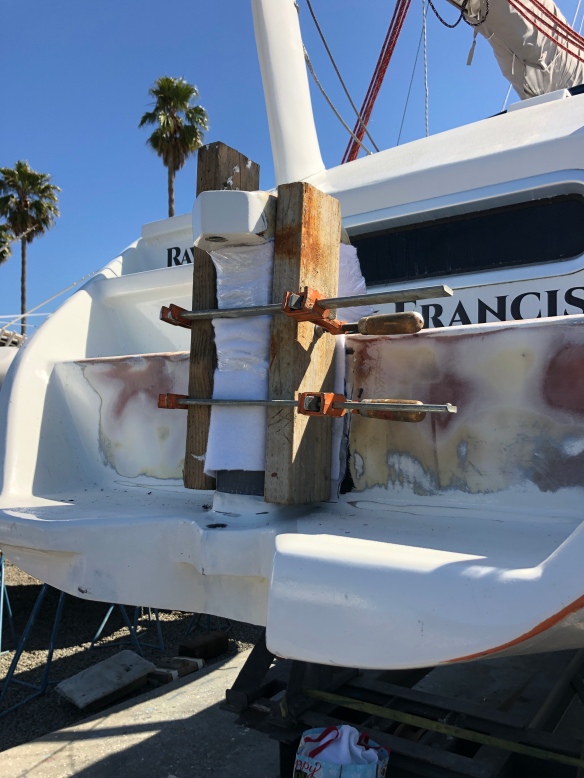 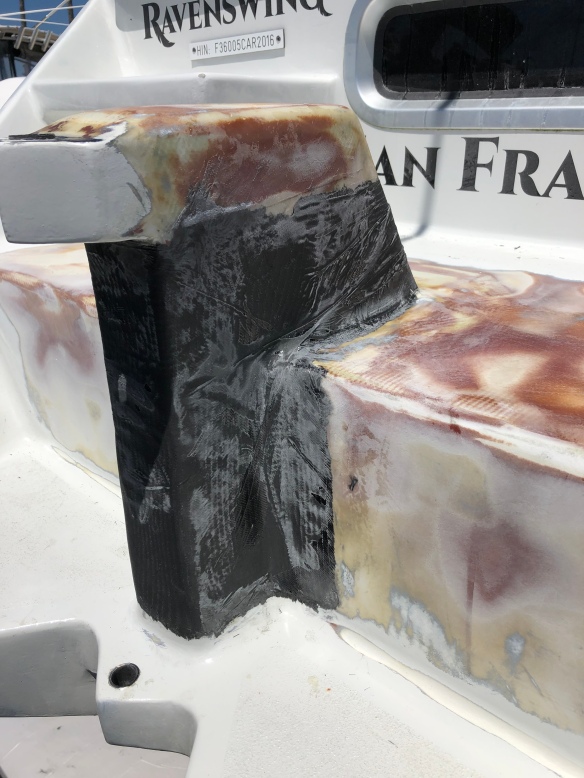 The gudgeons themselves are nice and burley. Here’s a look with the paint stripped off. 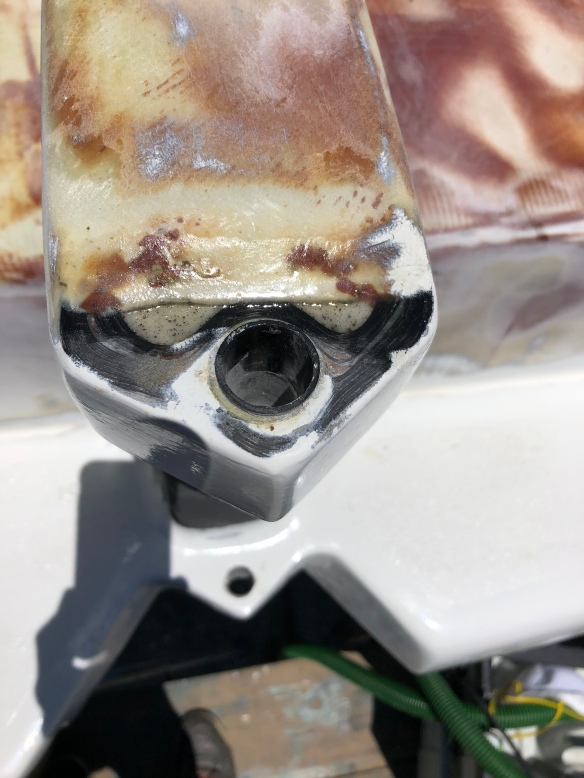 So now it’s back to as-launched, and part two is forming transverse bracing from the top gudgeon down to the back deck. Lots of playing with foam core today, including some last scraps hot-gluing before bed tonight. 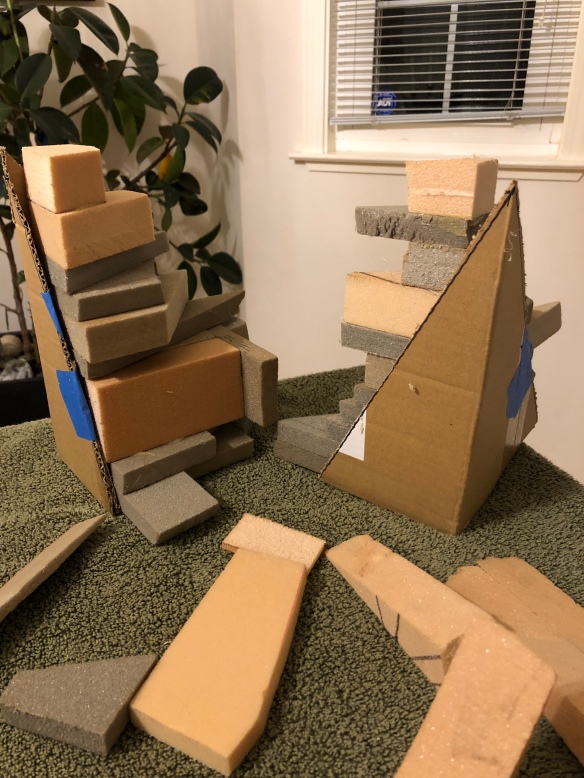 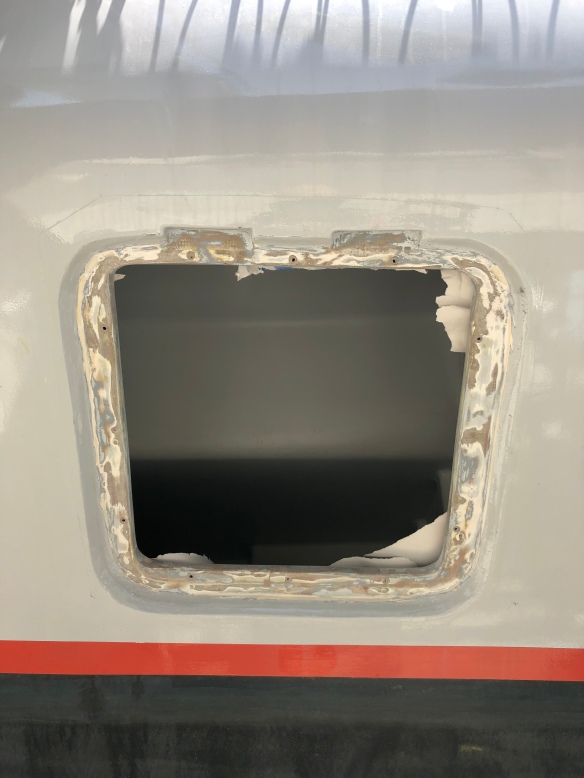 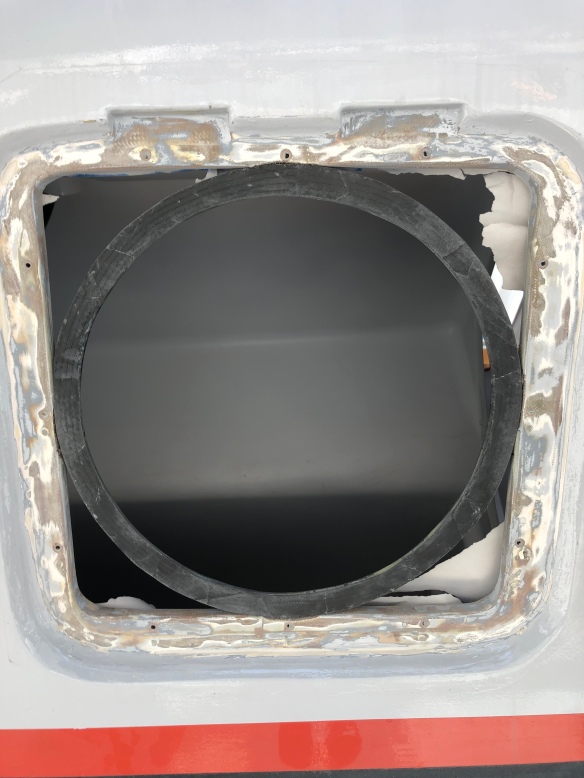 Keith, the Bomar hatch was pretty tall, so the old recess is too deep for this new approach. I’m not going to bring it out flush with the hull, but rather just finish a nice transition slope. Yea it will be a circle in a square but it won’t look bad and anyway the thing is hard to see under the nets. It’ll be very strong this way. Any thoughts on what adhesive to use to apply the neoprene gasket to the new hull ring?

Project 3 is some minor improvements to the tiller and rudder cassette, and then a repaint. The Interlux Brightside was a fail, as the nice orange faded badly in less than a year. Thinking of switching to Alexseal- they have a nice premixed Int’l Orange color…